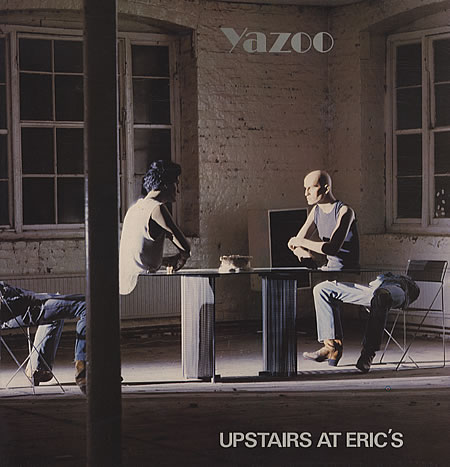 Yes, it came out in 1982, but I did not get it until December of that year…. I read about this album in a magazine [Rolling Stone maybe?] and was intrigued. Tracked down a copy at some record store, had a white ‘Yaz’ sticker on it, and it was covering the ‘Yazoo’ name [due to a band of the same name in America, they went as ‘Yaz’ here] so I have a US Sire Records pressing of the Yazoo album. Whoo 🙂

Seriously, this is what turned me on to synth/electronic music. Yes, the later ‘You and Me Both’ is a more traditional album, but I still like the sound experiments of ‘I Before E Except After C’ and ‘In My Room’ from Upstairs. And what is not to like about the album art? I swear I spent hours studying it, noticing little details here and there. And frankly ‘Midnight’ is one of the best songs ever [only surpassed by the live version they released a few years ago].